Ayahuasca is consumed in the form of a tea obtained traditionally after decoction of the liana of ayahuasca (Banisteriopsis Caapi) and leaves of a plant called chacruna (Psychotria Viridis). The ayahuasca liana is composed of so-called alkaloid substances with many active ingredients. The principle that will be retained in the first place comes from the alkaloids “harmine”: harmine, harmaline and tétrathydroharmine. They belong to the group of β-carbolines which have the distinction of being inhibitors of monoamine oxidase (MAOI), allowing the Dymethyltryptamine (DMT) contained in the chacruna leaves to reach the neuronal receptors of the brain. It is to note that another plant is currently being used as a substitute for the preparation of Ayahuasca, called *Syrian Rue (Peganum Harmala). Other herbs also contain monoamine oxidase inhibitors as in the case of wormwood, but it is strongly discouraged to mix them with Ayahuasca.

Syrian Rue (Peganum harmala) is a perennial shrub with fleshy, pubescent leaves, up to 1 meter tall. Its small brown seeds contain harmine and other harmala alkaloids. This is one of the plants supposed to be part of the Soma or Haoma of ancient Persia.

The active ingredient of the ayahuasca liana prevents the destruction by the body of a psychoactive substance contained in the Ayahuasca beverage which is DMT. Without these harmine alkaloids, the monoamine oxidase (MAO) enzymes in the stomach would destroy the DMT before it can pass from the bloodstream to the brain.

Β-carbolines are naturally present in many plants. Their effects on mental, neurological and physiological health have been recognized for centuries. They have been used since ancient times in the Eastern world to cure various types of diseases including cancer and malaria. Apart from the “harmine” alkaloids “, the other alkaloids of the group of β-carbolines contained in Ayahuasca are harmol and 5- methoxytryptamine. Harmol has been studied for treatment of lung cancer. It turned out to cause apostosis (programmed suicide) of cancer cells, as in the case of CBD (cannabidiol) contained in marijuana. The 5-methoxytryptamine stimulates the production of aldosterone which regulates the level of sodium in the body as well as the blood pressure. Reminder: It is strongly discouraged to use Ayahuasca in the case of arterial hypertension. The β-carbolines “harmine” (harmine, harmaline and tetrahydroharmine) are also recognized for their beneficial action on the level of serotonin known as the “pleasure hormone”. By inhibiting the monoamine oxidase enzymes, the programmed destruction of serotonin is also avoided, which substantially increases its concentration in the body while tetrahydroharmine is also a selective serotonin reuptake inhibitor acting in the manner of anti-depressants (SSRIs). A study in 2016 on harmine showed that it inhibits the gene (DYRK1A) associated with Trisomy 21 and Alzeimer’s disease. We are just beginning to measure the potential of these substances for the treatment of degenerative diseases. It is to note that “selective” monoamine oxidase inhibitors are already used to treat Parkinson’s disease. These drugs are considered “selective” due to the use of non-selective monoamine oxidase inhibitors like Ayahuasca, and come with many contraindications.

Monoamine oxidase inhibitors (MAOIs) can come into conflict when there is an excess of tyramine.Tyramine is an amino acid naturally present in the body that regulates blood pressure. Consuming foods that cause the production of an excess of tyramine may cause a sudden increase in blood pressure with Ayahuasca, and in rare cases heart attack, cerebral hemorrhage, or death. This is why the traditional use of Ayahuasca is always accompanied by a strict diet. (See the chapter on the Ayahuasca Ceremony).

MAOIs should not be combined with tryptophan. Tryptophan is an essential amino acid for the synthesis and release of serotonin. It is particularly prescribed in the case of stress and sleep loss. Since MAO inhibitors already have an effect on the level of serotonin, the addition of triptophane can cause a “serotonin syndrome” causing headaches, tremors, confusion, loss of bearings, amnesia, delusional episodes, … “The best is the enemy of good. ” Likewise, MAOIs should not be combined with anti- depressants such as Prozac. This medication is indeed a selective serotonin reuptake inhibitor (SSRI). Mixing it with MAOIs can have devastating effects due to excess serotonin. You can go through the list of foods and substances that are incompatible with Ayahuasca in the chapter dealing with contraindications related to Ayahuasca consumption.

What is Dymethyltryptamine? Dymethyltryptamine (DMT) is an alkaloid naturally found in small amounts in the human body, particularly in the brain area. However, it is produced in larger quantities, especially during sleep and according to some people in large quantities at birth and death. This neurotransmitter that “opens the visions” is present in most living organisms in its natural state, and some plants have a very high concentration of DMT, such as chacruna (Psychotria Viridis) and chaliponga (Diplopterys cabrerana) native to the Amazonian cradle. There are also plants belonging to the genus Acacia, used in particular by the Zulu tribes of South Africa in their shamanic rituals. Several varieties of Mimosa also have high levels of DMT. The latter, highly prized by psychonauts, are commonly used as is the case with mimosa hostilis by resorting to the use of chemicals to extract the DMT.

The process of chemical extraction of psychoactive substances although effective tends to privilege the active principle of the plants to the detriment of their spiritual and energetic dimension. This approach is however not reprehensible. The use of LSD has been very successful, as Stanislas Groff showed in many cases of psychopathology including schizophrenia. But it is clear that the use of these substances is in most cases recreational, often leading the user to addiction. These drifts deviate from the therapeutic approach of traditional Amazonian medicine, which aims among other things to free man from his addictions. Ayahuasca, on the other hand, does not involve addiction. Unlike many hallucinogenic substances, it does not cause a “craving effect” due to any imbalance of serotonin or dopamine. On the contrary, the level of serotonin and the number of its receptors increase very clearly thereafter. Finally, its taste and effects are far from pleasant, whether physical or psychological, which deter recreational use.

The Chemical Principles of DMT

DMT (dymethyltryptamine) is far from having delivered all its secrets. It was first suggested that it could be produced in a natural state by the pineal gland, like melatonin, but this fact found in the rat is still not proven. However, research has shown that enzymes in the lungs and liver produce DMT from tryptamine. DMT is one of the rare neurotransmitters to pass from the bloodstream to the brain. When taking Ayahuasca, a large amount of DMT passes the barrier of digestion. It is then sent to the brain and is mainly bound to serotonin receptors. It is known that DMT acts on both serotonin and dopamine levels, two neurotransmitters essential for the balance of sleep, moods, Sexual desire, memory, … But DMT is a serotonin agonist, that means it is captured by serotonin receptors (5-HT1A, -2A and -2C) in the same way as serotonin. Binding to serotonin receptors, DMT influences antidepressant effects, subsequently increasing our ability to capture serotonin. Unlike dopaminergic substances, contained in cocaine or heroin for instance, which tend to reduce the number of dopamine receptors producing a “craving effect”, DMT on the contrary increases the number of serotonin receptors, as well as our ability to capture serotonin. Moreover, it regulates at the same time the level of dopamine in the case of craving (low level) or when there is an excess of dopamine. DMT proves to be an excellent way to treat addictions, especially drugs. It is also known that DMT acts on other receptors, the TAAR-6 associated trace amine receptor and the Sigma 1-R receptor.

The associated trace amine receptor TAAR-6 appears to play an important role in cases of psychosis, including schizophrenia. Our knowledge of this receptor is increasing quite rapidly, but it is about the Sigma-1R receptor that scientific interest is becoming more and more important. Recent research suggests that most degenerative diseases are caused by an accumulation of misfolded proteins taking origin from intestinal inflammations and microbial infections of the intestine. These factors exacerbated by cellular stress and oxydative stress, including cell suicide, would cause a chain phenomenon, as a kind of vicious circle. Now it happens that the Sigma-1R receptor seems to regulate the accumulation of misfolded proteins, and prevent aposthosis (cell suicide), especially in cases of hypoxia (lack of oxygenation) and cellular stress. Since DMT is a Sigma-1R receptor agonist, it represents a scientific and medical interest. Its role in the treatment of modern degenerative diseases might even be decisive in the future, as explained in the following scientific article, which we have used to support this chapter: The Therapeutic Potentials of Ayahuasca: Possible Effects against Various Diseases of Civilization.

Nevertheless, the process by which DMT induces hallucinations remains poorly understood. Simple mediation with neurological receptors does not explain the hallucinogenic effects produced by DMT. However, it is likely that these hallucinations are the result of the combination of the serotonin 5-HT2A receptor with proteins, producing a chain phenomenon as shown in the following drawing. This hallucinogenic process is more complex than psilocybin for example (magic mushrooms). This may explain why, unlike psilocybin, the repeated consumption of DMT does not lead to tolerance phenomena. 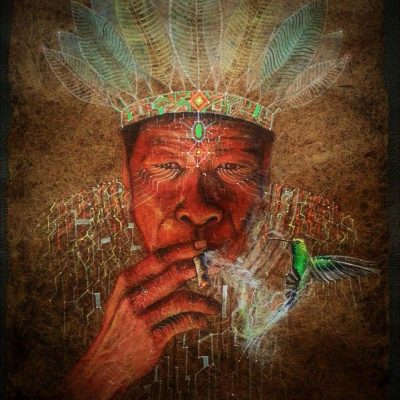 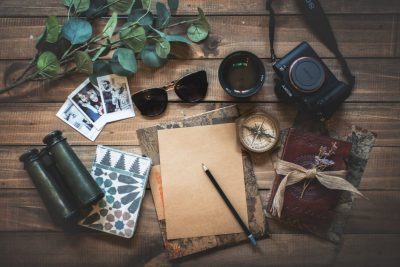