In a good number of alternative medicines, the deterioration of the patient’s physiological state is originally caused by psychological or emotional disorders. For Amazonian medicine, the health of the body and mind is inseparable. The observation of physical symptoms, psychological and mental disorders, emotional state, is considered globally as a series of phenomena originating from energetic disorder. According to them, man is composed of energies that represent his animal condition, his mode of feeding, his social and emotional relations, his beliefs, … He represents an energetic sum that should be released, channeled, harmonized and aligned. Of course, their conceptions of the energies differ from the Western view. They obviously reflect their cultures and traditions, but they are mostly related to the symbolic frame of reference and the cognitive material that Ayahuasca brings them.

The visions it provides as we saw earlier in the effects of ayahuasca, are diagnostic tools that have been used by these healers for thousands of years, this can also provide insight into the degree of affinity that these people have with this medicine. These communities hold an understanding and keys to reading a meaningful spiritual and sensory world that can guide the experienced traveler to the purpose of his journey. Thus one could say during an individual care for example, the healer will travel through his visions, unravel, clean and re-balance the “energies” affecting the individual, thanks to his experience and the energy of his icaros (sacred songs); which will result in a re-alignment of body and mind. The therapeutic effect on the physical and psychic body being the result of this energy balancing.

In order to understand what traditional Amazonian medicine is, let us imagine what the master plants represent for the peoples of the Amazon basin. Ayahuasca is commonly called “la madre” (the mother), tobacco is considered by some as the father, and so on … It must be understood that the plants are perceived by the Amazonian peoples as parents of the spiritual world, with whom they can communicate. Inseparable from nature and the plants that surround them, they have managed to bond with it, and have shaped a whole medicinal science. If mythologies differ between communities, the plants they use and the relationships they have with them are much the same. This is largely due to inter-tribal fluvial exchanges, which have always been practiced. Without this “sharing” of knowledge and medicinal plants, traditional Amazonian medicine could not have developed and still be passed on today. This is an important point to keep in mind when trying to learn about this medicine.

The traditional medicinal use of “entheogenic” plants such as Ayahuasca leads the user to a modified state of consciousness. Entheogenic according to the Latin root “theos” – God, means to be converted into God inside, to be possessed by God, to feel God. In this sense, it allows us to reconnect with the soul that connects man to God. Ayahuasca makes it possible to touch with the finger what is sacred in the man. It revives the energy of life and awakens the divine part inherent to every human being. For the Amazonian people, the use of Ayahuasca is a way of living in full consciousness, like real human beings. Ayahuasca sublimates sensations, feelings, develops intuition, opens the doors of the imagination, and allows to enter a magico-religious spiritual world. For millennia, ancient indigenous cultures and their healers have been using this method of non additive trance without loss of lucidity, to treat various diseases, to question the world around them, to go to the root of problems and to recover health. The Ayahusca called “vine of death” is considered as “little death” because it leads us through a stage of destruction of the routines of life, vices, illusions of the ego, false beliefs, to then illuminate our consciousness, cut dependencies, heal relationships, in order to become strong and fully conscious.

The icaro (shamanic song) contains a feeling, a consciousness and the power to guide participants during the Ayahuasca ceremony in the abyss of visions. The icaro heals and guards the patient while in the trance during treatment. Each master plant has its own medicine and icaros. When the healer connects to the energy of his plants, he receives their healing power and melodies that he then channels into an energetic song: the icaro.

There are two types of icaros, icaros in human language and icaros in nonhuman language. The human icaros are sung in the languages of the native peoples: shipibo, quechua, ashaninca, machiguenga, … They are a legacy of melodies, techniques and knowledge transmitted by the healers from generation to generation. Non-human spiritual languages are a deep language composed of unintelligible sounds referring to sounds of nature accompanied by beautifull melodies that the curandero channels as a message full of feelings. These icaos have no translation in human language but have a great emotional impact and an undeniable therapeutic value.

The notion of Diet as the Amazonian natives conceive it does not correspond to our definition in the West. Originally the native peoples began a “Diet” to cure diseases or to support the tribe by becoming healers or hunters, … The Diet is a method of learning how to connect to the energy of a plant to receive its strength, power and knowledge. For the hunter or the fisherman this allows him to develop his instincts, to conceal his smell, and to detect the presence of animals. The healer began an apprenticeship in order to receive the healing power of plants, their knowledge of remedies, and their icaros.

The diet consists mainly in the preparation and taking of one or more master plants administered in a precise dosage and prescribed for a period defined by the healer. It is accompanied by dietary and behavioral restrictions in order to provide a therapeutic environment that is beneficial to the healing or learning process. Click on the following link if you wish to learn more about diets of master plants.

It is common before initiating a process of care (Ayahusca ceremony and Plant Diet) that the healer gives his patient a purgative. There are several such as Tobacco that will be prepared as a decoction, the seeds of Piñon blanco will be toasted and then ingested, the bulb of the Azucena crushed and diluted, etc … These plants are toxic, emetic and laxative and must be carefully dosed and administered by a competent healer. It is advisable to drink a lot of warm water so that the purge can be carried out in depth, always under the supervision of the healer.

Traditional Amazonian medicine considers the treatment of a patient from these different angles: physiological, psychological, emotional, energetic … The purge represents an essential phase in the healing process because it acts on all these aspects both aimed at unloading the patient, cleansing and releasing the body to prepare for the Ayahuasca ceremony and allowing the plants to work in depth. At the end of the purge, the patient may still need some cleansing. Thanks to the Ayahuasca known for its purgative properties, the cleansing may possibly continue during ceremonies.

To help the patient in his process, the healer will administer healing in the form of flower baths. These are composed of master plants (it can be leaves or fragrant flowers) and sometimes colognes (ex: Agua de Florida). It is advisable not to rinse after bathing with the flowerbath so that the energy of the plants penetrates deeply into the patient’s body. Flower baths are used quite frequently before the Ayahuasca ceremonies to calm the mind and prepare the body to receive healing energy. Finally, let’s not forget that Ayahuasca is a gateway to the spiritual world of plants. Just as man is sensitive to nice smells, so are plants!

Steam baths are also part of the care of healers. Composed of boiled plants, the steam bath will penetrate the body in depth and cause sweating, to eliminate toxins from the body. Steam baths have been practiced all over the world, whether in huts or hamams. They are mainly used in case of fever, broncopulmonary infections, osteoarthritis, muscular pains, febrile states, etc … to evacuate the cold airs retained in the body.

What is the Diet ? 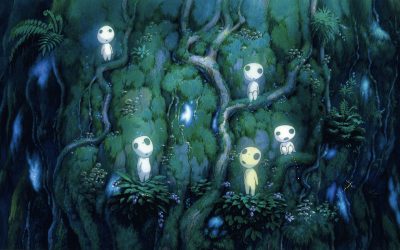 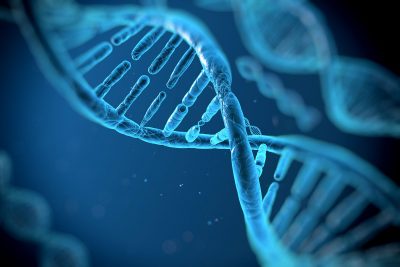 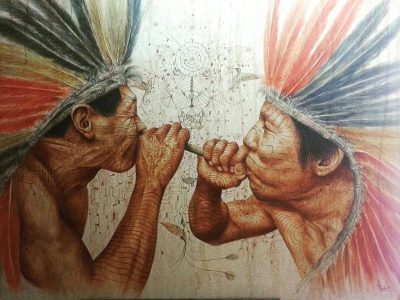